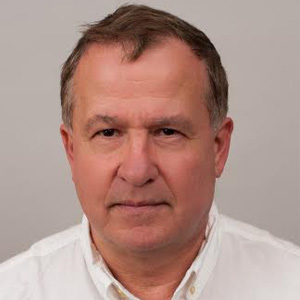 There are two intertwined phenomena driving and fueling today’s cloud migration. They are:

• Virtualized datacenters, or the cloud, provide a viable and streamlined alternative to physical infrastructure. Why create and maintain expensive datacenters when the cloud offers the same capability?

• For the last several years, we have seen rapid erosion of software installed on desktop machines. There is a strong trend to migrate applications to the cloud. Even the venerable Microsoft Office suite is now available online.

Current cloud offerings such as Amazon AWS and Microsoft Azure, as well as some smaller players provide a viable migration path for most business. Differences between providers do exist, however, both in service offerings and pricing. Having been around the longest, Amazon has an arguably larger array of services and is preferred by some companies because of their maturity, although Azure is not far behind.

In general advantages of virtualized, cloud infrastructure include:

• Infrastructure Scalability – no worries about availability rack space, power and air conditioning. Your virtualized datacenter can grow as needed.
• Low Investment – well, zero cost is actually more accurate. Cloud infrastructure skips the whole server and networking buying process, trimming your CAPEX.
• Ongoing Cost – cost of scaling the size of the infrastructure is essentially linear with complexity. You don’t have to incur quantum CAPEX/OPEX increases. Costs of eventual hardware obsolescence and associated replacement are removed.
• Availability – cloud computing provides high availability already baked into the price. If you need more, you can still set up more at a nominal cost.
• No computer – offerings such as Amazon Elastic Beanstalk, RDS and others allow you to deploy applications and databases directly to the cloud – no need to worry about instantiating servers to run them.
• Application Scalability – the cloud allows you to create rules-driven application scaling so that your applications, whether client-facing or internal, scales up and down based on need. In most cases, you pay for what you need, in sharp contrast to overbuying computing and networking to guarantee performance.
• Networking Infrastructure – there is no longer a need for buying high-end networking hardware and associated service agreements. You choose the virtualized services you need.
• Lots of Offerings – in addition to the above, cloud providers throw in a lot of new and interesting services such as fast static storage, automated backups, replication, email, and streamlined deployment, management services, to name a few.

Impact on the Players

Behind the scenes, rapid adoption of the cloud and virtual computing is profoundly affecting the economics of the computing ecosystem. Traditional players’ roles are changing, as are their offerings, customers and directions in which the money flows. Let’s consider some of these:

Let's consider some of these:

SaaS Providers are the clear winners. Access to cloud computing provides the aforementioned advantages of elimination of physical datacenters, rapid scaling, access to high availability and potential reduction in costs and obsolescence. In fact, virtually all small startups are able to embrace cloud computing immediately – the low price of cloud services and minimal up-front investment are clearly attractive to small players.

Computer and Networking Hardware Manufacturers are already seeing changes in their business. Their higher end products are less likely to be sold to companies operating their on-premises or co-located datacenters because these datacenters are disappearing at an accelerated rate, migrating to the cloud. The higher-end servers and network hardware previously sold to end users will likely be replaced by models that cloud providers are likely to need and buy. End-user revenue will increasingly have to come from cloud providers, while models will become more specialized in order to suit their needs.

Colocation Facilities are affected as well. Most businesses operating co-located datacenters are at least considering, if not already executing cloud migration strategies. While a useful alternative to on-premises computing, collocation facilities simply cannot provide the scaling and cost/performance ratios that business demands today. So what’s next for them? While some consolidation is expected, it is safe to assume that the new customer mix will include cloud providers, communication carriers and other companies wishing to provide low latency solutions in specific geographic areas.

Small Business office computing is not likely to change dramatically in the near future, although Desktop as a Service (DaaS) is now available from several providers, e.g. Amazon Workspaces, and may eventually supplant the traditional approach. The virtualized desktops provide advantages by reducing costs of provisioning, support and obsolescence. They are, however, still lacking in some areas such as reliable local printing and the ability to connect local peripherals.

WAN Providers will see a shrinking market as WAN traffic migrates to the cloud. Their strategy has to shift to providing software solutions. In this area, they will find stiff competition from the cloud providers themselves.

Like many others, my company, has committed significant time and resources to understanding cloud computing options and creating a migration strategy.

• Most of our systems will eventually be cloud-based. There are some exceptions, but we’re making it difficult to justify such exceptions because they are costly.

• New systems are designed to be deployed in the cloud.

• We have a series of steps thatare followed to evaluate migration of legacy, physical systems to the cloud from the perspective of architecture purity and consistency, cost and risk, the latter related to potential interruptions that we wish to avoid.

• In order to do this, cloud-based systems have to efficiently integrate with the other legacy systems that are waiting their turn.

• We learned to explore various cloud service and methodologies so we don’t make too many wrong turns.

In implementing the above process, we learned a few things:

• First and foremost, the cloud is a different world. Replacing physical servers with virtual ones can result in counterintuitive performance changes. It took us a while to gain insight into how things actually work.

• The cloud provides different ways of doing things that can result in better performance, scalability or lower costs. These need to be explored. It all starts with an understanding of technology offerings and must be followed by some experimentation and trials. We learned, for example, that bringing up and managing instances of Ubuntu on Amazon AWS is not as effective for us as using Elastic Beanstalk, which essentially virtualizes things further. Similarly, we moved databases from MySQL and SQL Server to RDS, eliminating the database instances.

• Machines and applications that exchange large amounts of data should be moved at the same time. Failing to consider this can lead to significant performance bottlenecks and increased costs.

• Resource scaling is a tremendous advantage in the cloud and represents a fundamental change in one’s mindset. Instead worrying about sizing physical servers to provide sufficient performance and margin and creating load-balanced server clusters, we are now focused on writing robust scaling rules that gives us the performance we need when necessary and scale systems down when demand diminishes.

Stepping Up To the Challenge: Managing the Business Impacts of...

How Have Recent Technology Developments And Transformations In The...

Driving Deployment of IT Operations

ABC's of Modern IT Operations Management: A practical IT leader's...