Is Technology Shaping the Future or the Other Way Around?

Is Technology Shaping the Future or the Other Way Around? 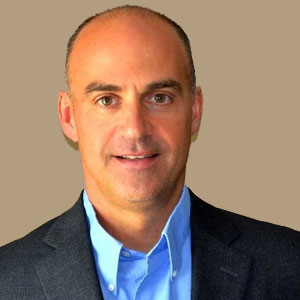 The sky is the limit. That’s how I would characterize technology. The evolution enjoyed over the last decade, and that we are still enjoying, is beyond imagination. It has changed the way we do business, the way we think, and most of all, the way we interact with each other socially. It has changed our lives entirely and has made it almost impossible to picture ourselves living in a world without technology.

Over the last couple of years, we’ve seen digital technology taking a big leap. The world’s most advanced polar icebreaker, the first around-the-world flight by a solar-powered plane, the world’s first zero-carbon sustainable city. These are just some of the innovations that we have been witness to.

The years to come, promise to be even more spectacular with emerging technologies. I would like to mention some of them, which I believe will show up sooner than we expect.

Not sure about when this will happen, but this will be a huge turnover of the web as we know it. For example, one of the benefits will bring is simplicity. You will be able to search over the internet much easier and faster. For example, instead of multiple searching, you’ll be able to type more complex sentences, and the web will analyze your response and search the internet all possible results. Moreover, web 3.0 might become your personal assistant. It will remember your searches and what are you interested in so the results you’ll get will be according to your wishes and desires. Seeking a place to go for lunch, will not be an issue anymore. Long story short, Web 3.0 will be more connected and intelligent with semantic web technologies, distributed databases, machine learning and machine reasoning.

​The sky is the limit. That’s how I would characterize technology

● LiFi – The makeover of Wi-Fi

LiFi has already been tested in the real world, and let me tell you, the results were unbelievable. This ultrafast technology hit speeds of more than 200 Gbps, being 100 times faster than the traditional WiFi. The key to achieving such speed is visible light communication, which stays at the core of LiFi. The systems use these lights to send messages in binary code, working on the frequencies generated by a LED bulb.

Again, Fog Computing is not new for many of us. However, is not that popular among businesses. But that’s about to change soon. In the near future, more and more devices will be connected to the internet as the Internet of Things is quickly transforming into the Internet of Everything(s). I came across a Cisco survey which states that by 2020, 50 billion devices will be connected to the Internet. Phone, tablets, car, TVs, refrigerators, even entire cities, you name it and the internet will be there. It’s more than obvious that this will come with certain issues, and the main one will be broadband. The online environment will become too crowded for all the connected devices, making the internet connection very slow. Bottom line, what Fog Computing does is to analyze the most-sensitive data at the network edge, allowing the cloud to focus on heavier tasks. This is where Fog Computing shines.

● Blockchain – The makeover of Database

This open-source distributed database will allow you to store a group of details and information that include time, and a cryptographic signature. We could say that blockchain will facilitate all transactions and interactions which may include money, assets, property, and contracts. Blockchain is currently being used for creating digital currencies such as Bitcoin, but it may change the way to make our transactions in the future. At the end of the day, it would be better to rely on a trusted blockchain system rather than on trusted third-party organizations.

● Robots – The makeover of RoboCop

By 2020, robotics will be a $100 billion industry and will generate 2 million additional job positions. If you’re wondering how will robotics look like in the future, here are a few ideas:

• Exoskeletons will shape up the healthcare industry allowing patients with physical disabilities to walk or make other things that seem impossible. By magnifying physical strength, exoskeletons will also be used in military actions.

• Alternately powered robots will draw energy from the sun, wind and wave and thus will be endless powered.

These are just a few technologies that will capture our attention over the following years. My opinion is that in 10 years, we will see evolution wherever we go. Healthcare, automotive, energy, accessibility, computers, everything, will be changed thanks to innovation. For many people, this might seem a little scary, but as long as you use technology wisely, this will only improve our way of living.

Ensuring Diligence In The Technology Era

Unlocking The Power Of Your Asset’s Data

Enterprise Agility In The Face Of Rising Cyber Threats

Digitalizing Energy Asset Management– Not A Walk In The Park